Updating the blog here to pull old entries from the pros/e/yes archives…in their original order. This project is simply a unification of my personal blog (with a LOT of NSFW entries) and my professional blog.

Yes. I am late with today’s entry…but never fear, late entry today won’t result in premature ejaculation or anything. I just had other matters to attend to, and you know when distraction is a factor, schmexytime talk has to wait. At least a little while.

Or as my husband likes to call it: Pleasure Delay

In this case, I don’t know how much pleasure will be derived from the delay, admittedly. I find today’s topic interesting…and if you manage to get all the way through this entry, you may understand that “interesting” doesn’t necessarily translate in terms of positive or negative. Just…interesting.

A milder version of today’s pleasure delay will be mirrored over in Weird Sex Ed ~ and though my other blog is named as such due to a simple play on my name and area of research…today’s entry can be classified (somewhat safely) as “weird.” Not because I think that the subject matter is entirely weird in any measurable way, but because I understand normatives, and that many of us tend to live within the scope of those normatives…at least much of the time.

We don’t really think much…generally…about norms, because they are the standard social conventions by which we operate within our society. They are what are expected. Only sometimes do we think about sexual norms and deviations from those norms (and interestingly, one of those times -for me- happened to surface today). Norms can and do change over time, and within the sexual world this is equally true. 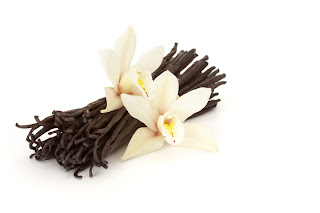 Conventional sex (or “vanilla” sex) used to mean…in a heteronormative penis-in-vagina sexual intercourse sense…missionary position. Aka male-superior (guy on top, gal on bottom – facing each other) “normal” sex. There is nothing at all wrong with heterosexual male-superior missionary sex. For some, that is all they ever do. Which is perfectly acceptable. For many folks, though…it’s just one of many possible ways of having sex. And that is only in the heterosexual sense…I won’t delve into all the different orientational sexual forms that fall within the realm of mostly-considered “normal” today. It’s more diverse than even relatively aware people know. Which is also perfectly acceptable — as is any sexual activity between consenting adults.

No…today’s entry is about what falls definitively outside of the so-called norms…or (and more unfortunately) denigrated as “depraved” or “deviant.” A couple of months ago, Lisa Ling of “Our America” presented an episode called “Shades of Kink” — I wrote a bit about it, some of the reactions I saw to the episode, and a bit about what I thought of Ling’s presentation (mostly positive, actually). Thing is, BDSM is one facet…there is so much more. A couple of those areas, acted upon, are actually –even between consenting adults– illegal — which is not what I’m focused on, or why the legality issue exists (which is an entirely separate topic).

Here, I am offering up a very brief glimpse into just what all is out there, none of which is remotely new — though, with the Internet, some of it is new to many people. This might explain folks’ shock when they learn that something that seems “abnormal” exists…no matter how long it has existed. The compilation shared below is pulled from several different sources, most of which are found in Wikipedia, though I worked to seek out different sources to cite. One of the reasons I wanted other sources is that the wiki entry linkd here (topic: List of paraphilias) opens the entry with a paragraph about paraphilias having classification in DSM codability…even though there is also a disclaimer that many of them are completely innocuous. A sexual fetish is not necessarily connected with a mental health disorder. Can a sexual fetish lead to other concerns? Including mental health concerns? Yes. Does having a sexual fixation…even if it’s close to obsessive…with a particular part of the body, with an inanimate object, with any single thing…amount to a “problem” that demands a psychiatric diagnosis? No, not necessarily, even if many of us might consider that fixation unusual.

Before I move forward, let me clarify…the discussion of ethics versus morals is an important one to have. So that I’m even clearer, I am open to discussing ethical implications of any topic, including this one. I will admit that I personally find some of these fixations strange…in some cases actually disturbing. However, I’m not having a moral discussion about this topic. On the topic of sex, sexuality, and in particular, consenting adults, I take a bit of issue with morality being thrown in (especially since it’s often tied with religious ideology). Ethics? Yes. Morals? No.

Why? Well…before I offer up the compilation, let me provide an example of why I’m not interested in the moralistic perspective, even while I’m willing to discuss ethical implications…

Let’s say a person has an personal, and perhaps even sexual, fixation with, say, the Statue of Liberty or the Eiffel Tower. Say that person even collects different items associated with those things…and maybe even masturbates to and/or with those things? Who is that individual actually harming? Nobody. Is the idea strange? Perhaps. Harmful? No. (I cannot and will not apply that same idea to fixations on non-human living creatures for the seemingly obvious reasons. If the reasons aren’t obvious to you, ask…it may be a good opening for one of those ethical discussions.)

I’m reminded of people who have what is known as “object sexuality” — meaning, they are not attracted to other living beings, human or otherwise, but to very specific objects…like forks and bridges and such…some people go so far as to seek “marriage” with those things. Yes, of course, I find that more than a bit bizarre. My reasons for finding that bizarre are more or less related to the fact that objects cannot enter into a consensual, contractual arrangement such as marriage, for example. I have questions related to ethics (in this case, as to legality, or even “public displays of affection”), but not moral qualms over what those people are sexually fixated on.

But anyway, to get to the compilation…and this list is not anywhere near exhaustive (not EVEN close)…just a sampling of many different paraphilias…(and I’ve deliberately left out some of the more commonly known ones – particularly those that are obviously illegal, such as pedophilia)

Acrotomophilia: Amputees
Agalmatophilia:  Statues and mannequins
Asphyxiophilia:     Asphyxiation or strangulation
Autoplushophilia: The image of one’s self in the form of a plush or anthropomorphized animal.
Coprophilia:       Feces; also known as scat, scatophilia
Dendrophilia:     Trees
Emetophilia:         Vomit
Feederism:         Erotic eating, feeding, and weight gain
Formicophilia:    Being crawled on by insects
Forniphilia :          Turning a human being into a piece of furniture
Hybristophilia:     Criminals, particularly for cruel or outrageous crimes
Klismaphilia:       Enemas, either giving or receiving
Lactophilia:        Lactation, nursing
Menophilia:        Menstruation
Narratophilia:     Talking dirty, listening to obscene words/stories
Objectophilia:    Pronounced emotional desire towards specific inanimate objects (as mentioned earlier)
Odaxelagnia:      Biting or being bitten
Paraphilic infantilism: Dressing or being treated like a baby
Partialism:          Specific, non-genital body parts
Technosexuality: Sexual attraction to robots, or people dressed as robots
Trichophilia:       Hair
Troilism:             Cuckoldism, watching one’s partner have sex with someone else
Vorarephilia:      The idea of eating or being eaten by others; sometimes swallowed whole

Some of those, in my opinion, make “vanilla” seem quite tasty by comparison. The above is the teensiest sampling of the many different paraphilias out there. Stuff involving objects don’t particularly register on my radar…and nothing among any of these bother me, when we’re talking about strictly sexual fantasy within one’s own mind. So far as between consenting adults, there are few things that are off-limits, save for some things that are just flat-out illegal, regardless of sexual or nonsexual.

Aaaaannnnnnyway ~ Hope yours was a very Happy Humpday!